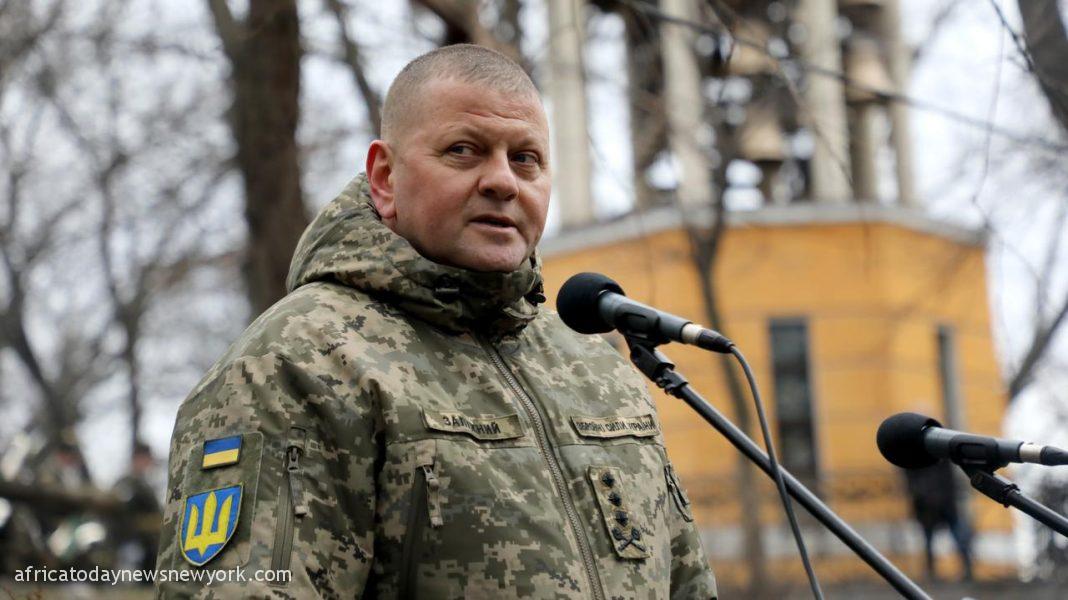 No fewer than 9,000 Ukrainian military personnel have been killed so far in the war with Russia, the head of Ukraine’s armed forces confirmed on Monday.

Africa Today News, New York reports that the toll which was provided by General Valeriy Zaluzhnyi appeared to be the first provided by Ukraine’s military top brass since Russia’s invasion on Feb. 24.

The Commander-in-Chief of Ukraine’s armed forces, Zaluzhnyi told a conference held to honour military veterans and the families of those killed that children needed protection in several parts of the country including the capital Kyiv.

‘They really do not understand anything that is going on and definitely need protection … because their father has gone to the front and possibly is among the almost 9,000 heroes who have been killed,’ he said.

Zaluzhnyi provided no details and did not say whether the figure he cited included all service personnel killed in action, such as border guards. President Volodymr Zelenkskiy informed the conference which was monitored by Africa Today News, New York on Monday night that about one million people were defending Ukraine as part of Ukraine’s armed forces or other services.

Zaluzhnyi however declined to reveal how many civilians had been killed or how much Russian personnel Kyiv estimated had been killed in the fighting, but the General Staff of Ukraine’s armed forces has put the Russian military death toll at 45,400. Russia has not said how many of its soldiers have been killed.

Africa Today News, New York has not been able to confirm the losses suffered by either side during what Russia says is a ‘special military operation’ to demilitarise its smaller neighbour and protect Russian-speaking communities. Ukraine and its Western backers accuse Moscow of waging an imperial-style war of conquest.