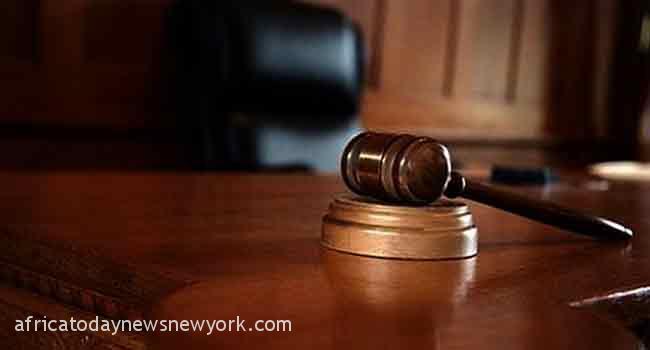 In liue of the lingering strike actions, a university student, Soohemba Aker and some of her colleagues have petitioned a Federal High Court, Abuja, for an order which would  be immediately suspending the activities of Revenue Mobilisation, Allocation and Fiscal Commission (RMAFC) until the ASUU strike is completely resolved.

The final year Law student of Benue State University had also managed to sought same order while getting to suspend the operation of Federal Account Allocation Committee (FAAC),

Read Also: Why ASUU Was Asked To Call Off 7-Month Long Strike

The respondents had also included the Federal Government of Nigeria, the Academic Staff Union of Universities (ASUU), Senate President, House of Representatives Speaker, Attorney-General of Federation (AGF) and Minister of Justice and the others included the Attorney Generals of the 36 states, Vice Chancellor of the University of Abuja, Abia Governor, RMAFC, FAAC, Umar Faruk (President, National Association of Nigerian Students (NANS).

The student, in a fundamental rights enforcement suit marked: FHC/ABJ/CS/1684/2022 and filed by her lawyer, Chukwuma-Machukwu Ume, SAN, said she is affected by the ongoing industrial action.

Aker had also filed the action for herself on behalf of all students of public tertiary institutions currently affected by the nationwide ASUU strike and the suit relied on Sections 46(1), (2) and (3) of the 1999 Constitution and Article 17(1) of the African Charter on Human and Peoples’ Rights (Ratification and Enforcement) Act Chapter A9 (Charter 10 LFN 1990) No. 2 of 1983.

Aker prayed the court for an order stopping the payment of salaries, allowances and other benefits of all political office holders at the Presidency and federal lawmakers.

In another related development, The Academic Staff Union of Universities, ASUU has revealed that it is going to be appealing under the order which had been made by the National Industrial Court of Nigeria (NICN) which had details some of its members to call off the seven-month-long strike.

The University of Abuja chapter chairman of ASUU, Dr Kasim Umar, had made this clear while he had been reacting to the order by court in Abuja.

Umar had also revealed that the national executive Council of ASUU will meet today to conclude modalities on the appeal process.

Meanwhile, the Pro-Chancellor of the University of Abuja, Prof. Ahmed Modibbo Mohammed, has advised the federal government to apply caution in handling the crisis with the union.

According to Modibbo, the said court order cannot resolve the lingering crisis between ASUU and the government.