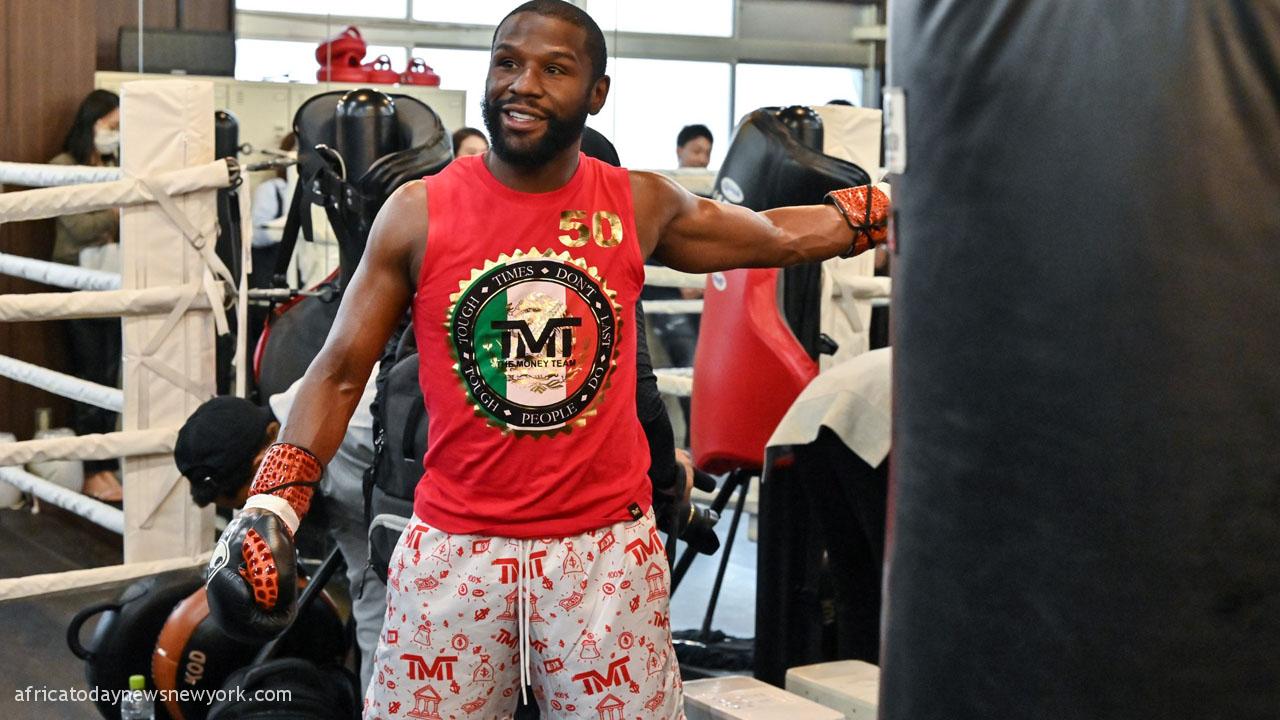 Former boxing champion, Floyd Mayweather has boasted that Sunday’s exhibition boxing match which has been announced to be against a Japanese mixed martial artist, Mikuru Asakura will be an “easy payday, easy cheque, easy opponent”.

The 45-year-old boxing great, who is  also reportedly close to agreeing on a rematch with UFC superstar Conor McGregor had completely beat Japanese kickboxer, Tenshin Nasukawa after just two minutes when they had fought in an exhibition in Japan in 2018.

The fight was widely seen as a farce but the American vowed to give the crowd this weekend at Saitama Super Arena, just north of Tokyo, their money’s worth in his latest lucrative post-retirement performance.

“I think the last time I came here, it was so quick nobody got a chance to enjoy it,” Mayweather, whose nicknames include “Money”, said Thursday after a practice session which was delayed by an hour because he “overslept”.

“I’ll make it quick, but there are not many bouts on the card so I’ll make sure to go to three (rounds) unless you all want me to make it quick.”

Mayweather had also reported saying this week that he will fight McGregor for a second time next year.

The two had met in a much-hyped boxing match in 2017, with Mayweather winning by a 10th-round technical knock-out to retire with a perfect 50-0 record.

His previous exhibition match was against “Dangerous” Don Moore in Abu Dhabi in May.

Floyd, who was handcuffed, became unresponsive after almost three minutes.

The death of the unarmed black man while in police custody has ignited violent reactions across America.

Ellerbe confirmed to ESPN that Floyd’s family had accepted Mayweather’s offer to pay for funeral services.