Uganda Ebola Epidemic Death Toll Hits Up To 44 – WHO 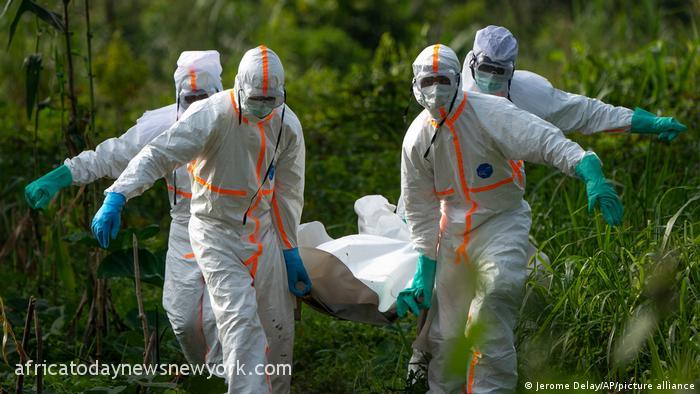 Coming on the heels of the report which had been made on the death toll which was resulting from a major Ebola epidemic which had been declared last month in Uganda, it has been revealed that the numbers have climbed to 44.

This had been reported by the World Health Organisation on Wednesday.

WHO chief Tedros Adhanom Ghebreyesus had also announced to a press briefing in Geneva that there had been 60 confirmed and 20 probable cases, with 44 deaths and 25 recoveries.

“We remain concerned that there may be more chains of transmission and more contacts than we know about in the affected communities,” he added.

The previous death toll provided by the WHO on October 5 reported 29 fatalities.

President Yoweri Museveni last week ordered two districts at the heart of the epidemic in central Uganda to be put under lockdown, imposing a travel ban, a curfew and the closure of public places and Museveni had already ordered traditional healers to stop treating the sick ones among them in a bid to stop the spread of the virus.

He had also ordered the police to arrest anyone who has been infected with Ebola who refused to isolate.

The authorities have revealed that the outbreak remains concentrated in the mostly central districts of Mubende and Kassanda and it has not reached Kampala, despite a couple testing positive for the virus in the capital.

Tedros on Wednesday said two cases from Mubende sought care in Kampala, “increasing the risks of transmission in the city” of 1.5 million people.

Ebola is spread through bodily fluids, with common symptoms being fever, vomiting, bleeding and diarrhoea. Outbreaks are difficult to contain, especially in urban environments.

Uganda’s last recorded fatality from a previous Ebola outbreak was in 2019.