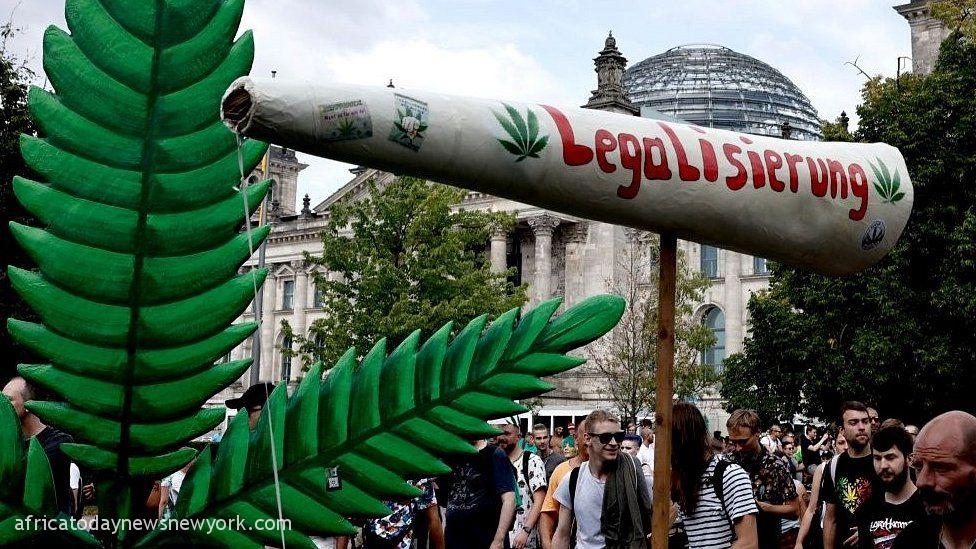 Germany has on Wednesday paved the way to the complete legalisation of the purchase and possession of some small amounts of marijuana which would be used for recreational use, as well as its production.

“The federal cabinet today agreed on the key points for the controlled distribution of cannabis to adults for recreational use,” Health Minister Karl Lauterbach said at a news conference.

It has also been revealed that the supply and use of the drug would be “permitted in a licensed and state-controlled framework”, Lauterbach said and under the proposals, people over 18 years old would be allowed to keep between “20 and 30 grams” of dried cannabis, which would be sold in authorised stores and pharmacies, according to a summary.

Germany would also allow the domestic production of cannabis by licensed businesses, as well as give adults the possibility to keep up to three plants for their own supply.

Advertisements for cannabis would be banned under the proposals, while packaging for cannabis products should be “neutral”.

Cannabis products which would be sold to young adults under 21 years old could have a maximum strength but a general limit which would not apply under the plans.

“The trend is in the wrong direction and we also have a flourishing black market, which of course comes with criminality,” the health minister said.

The eventual decriminalisation of cannabis will be reviewed after four years to assess the impact of the policy change.

Last year, Malta became the first country in Europe to formally legalise cannabis and its cultivation for personal use — although other countries tolerate it to varying degrees and Germany’s neighbour Luxembourg is also looking to legalise the drug.