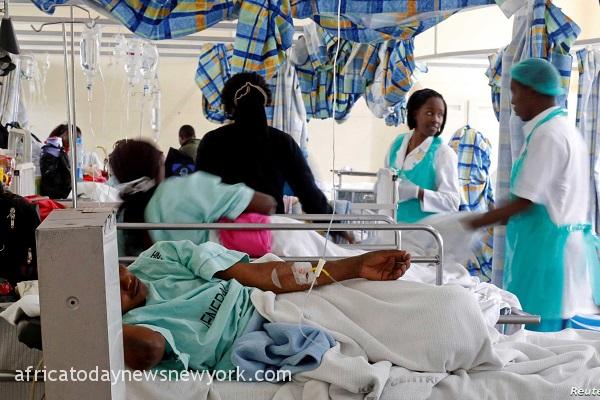 The Minister of Public Health in Cameroon, Manaouda Malachie on Friday disclosed that so far, Cholera has now spread to eight of the country’s 10 regions including the Center region, leaving no fewer than 272 people.

Speaking to a press briefing in the capital city of Yaounde, Manaouda revealed that as of Oct. 20, 12,952 people were known to have been infected.

Meanwhile, efforts are currently being made to stop the disease from spreading but people needed to observe basic hygienic rules and go for treatment immediately if they noticed symptoms, the minister stressed.

Africa Today News, New York reports that yesterday, health officials in Southwest where the highest number of deaths and cases had been recorded, began vaccinating children in schools against cholera as part of nationwide measures to curb the disease.

Officials blamed poor sanitation and hygiene conditions for the spread of the epidemic.

Cholera is a highly virulent disease characterised in its most severe form by a sudden onset of acute watery diarrhea that can lead to death by severe dehydration.

In a related development, the Minister of Water Resources in Nigeria, Suleiman Adamu recently revealed that Nigeria recorded 111,062 cases of cholera with 3,062 deaths in 33 states and the Federal Capital Territory last year.

He made this known in Abuja at a training workshop on cholera prevention, preparedness and response which was held to sensitise Nigerians on the need to stay alert.

The minister pointed out that the victims were mostly between five and 13 years old.

Adamu, represented by the Director, Water Quality Control and Sanitation, Emmanuel Awe, attributed the situation to ‘the unpreparedness’ of most states.

He said most states were not trained on what to do at the outbreak of the disease and did not stock up the essential items to be used to prevent the spread.