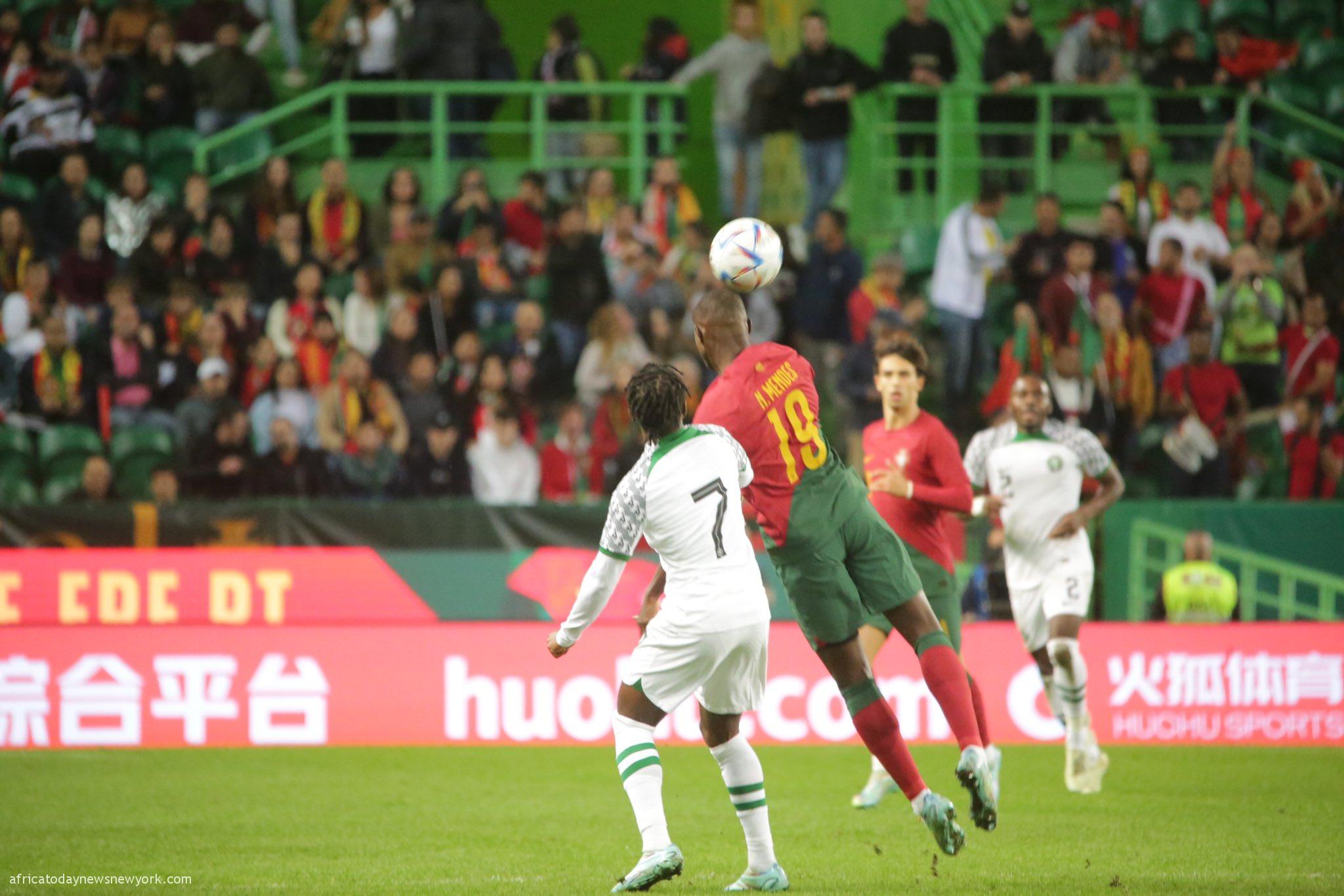 Ahead of the commencement of the Qatar 2022 World Cup, Portugal won their final warm-up game before the tournament in style against the Super Eagles on Thursday in an international friendly, scoring a 4-0 victory against the three-time African champions.

The European side needed a brace from Manchester United’s Bruno Fernandes as well as late goals from Goncalo Ramos and Joao Mario to see off the Nigerian side who narrowly missed out on the tournament to fellow West African Nationa, Ghana.

Africa Today News, New York reports that the Super Eagles side should have reduced the deficit to 2-0 when they were handed a penalty in the 81st minute.

However, Nottingham Forest’s Emmanuel Denis was promtly denied by an impressive Rui Patrício and the post.

Despite playing the international friendly without their talisman, Cristiano Ronaldo, who suffered stomach bug at training on Wednesday, Jose Peseiro’s wards were poor in every department.

The hosts were hardly troubled all through the 90 minutes of the near drab encounter.

What would have given the Super Eagles hope of a great comeback when they were two goals down was wasted by Emmanuel Dennis who bungled from the penalty spot in the 80th minute. Sadly, it was Captain, William Troost-Ekong who wanted to play the penalty before Dennis pushed himself to the spot.

The loss fired the Portuguese into increasing their goal haul to put a gloss to an impressive World Cup sending-off party inside the 50,000-capacity Estádio Jose Alvalade in Lisbon.

The only take away from the game was the encouraging performance of first timer, Bright Osayi-Samuel who  made his Super Eagles debut. His big day in the senior Nigerian team was however ruined by his handball inside the box that gave Portugal the chance to double their lead on 35 minutes from the penalty spot.

Portugal continued to create the better chances and even forced a big save from Francis Uzoho in the 73rd minute.

The best chance for Nigeria fell to substitute Samuel Chukwueze in the 71st minute, but he was denied a goal by goalkeeper Rui Patricio, who made himself big to block out the final shot.