Zelenskyy To Address US, As Russia Intensifies Airstrikes 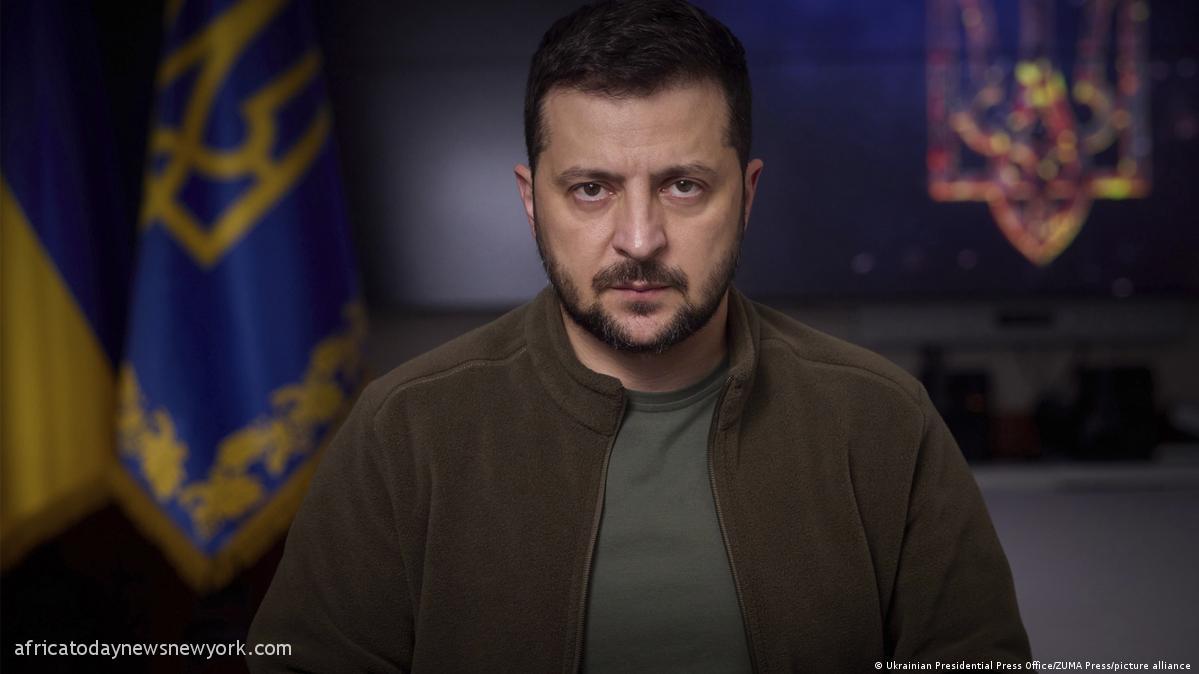 In a tweet that was sighted by Africa Today News, New York; Zelenskyy said ‘Murder of civilians, ruining of civilian infrastructure are acts of terror. Ukraine keeps demanding a resolute response of international community to these crimes.’

He is will on Thursday (Today) address the emergency debate — requested by Kyiv and due to start at 4:00 pm (2100 GMT) in New York — via video-link, diplomats told reporters.

The Ukrainian energy system has been torn apart and millions have been subjected to long periods without electricity after weeks of Russian bombardments, with the World Health Organization (WHO) warning the country’s priority this winter would be “survival”.

The Ukrainian military disclosed that Russian forces had fired around 70 cruise missiles at targets across the country on Wednesday and also deployed attack drones.

Ukrainian Foreign Minister Dmytro Kuleba said the latest Russian salvo was a response to a decision by the European Parliament to recognise Russia as a “state sponsor of terrorism” over its nine-month invasion of Ukraine, and its call for the 27-nation EU to follow.

‘Being unable to win in a fair fight with the Ukrainian army, Russia wages a cowardly war of terror against civilians,’ Kuleba said, urging Kyiv’s Western backers to supply more air defence systems.

The strikes on Wednesday piled pressure on the Ukrainian grid, disrupting power supplies in southern and eastern regions, with water and electricity cuts in the capital Kyiv and elsewhere.

‘Three people were killed as a result of today’s rocket attacks on the capital. Among them is a 17-year-old girl,’ Kyiv Mayor Vitali Klitschko wrote on Telegram, adding that 11 residents were injured.

Ukraine’s nuclear energy operator Energoatom said Wednesday’s strikes had disconnected all three nuclear power plants still under Ukrainian control from the grid and forced the plant in Zaporizhzhia — controlled by Russian forces — to be powered by back-up generators.

In Zaporizhzhia earlier on Wednesday, Russian strikes smashed into a hospital in the city of Vilniansk, killing a newborn baby in the maternity ward.