Oppose Those Messing Up Your Future, Obasanjo Urges Youths 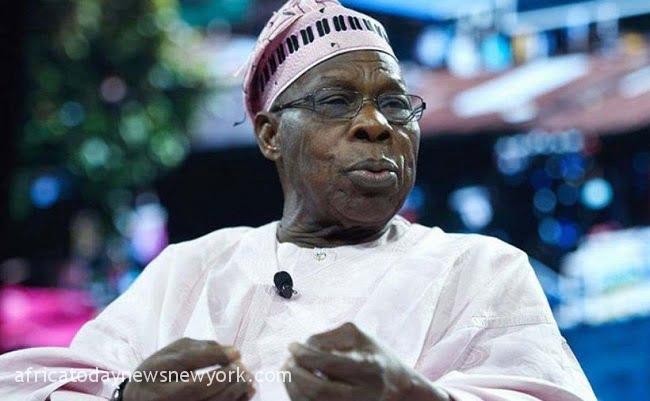 Former President of Nigeria, Olusegun Obasanjo has implored Nigerian youths to do everything they can to stop those messing up their future from succeeding.

Obasanjo also called on them to change the narrative that has already been put up against them by participating in all socio-economic and political activities.

This was confirmed in a statement by spokesperson Kehinde Akinyemi who said the ex-leader spoke at a mentorship retreat organised by the Youth Development Center of the Olusegun Obasanjo Presidential Library (OOPL).

He pointed out that in most parts of Africa, there are visible barriers that are affecting the actualization of the latent potential of the youth.

Read Also: Why Many Diabetics Die Early In Nigeria – Obasanjo

The one-time Head of State charged young citizens never to allow another person to determine or shape their space in society.

Obasanjo said if youths can be desperate enough to trek through the desert to get menial jobs in Europe, that energy and spirit should be channelled to eradicate physical and mental barriers.

‘I am challenging you as young Africans to engage in activities that would change the African narrative.

‘Participate in socio-economic and political activities that guarantee a better future for you and don’t allow those who are messing up your future to succeed’, he added.

Africa Today News, New York recalls that Obasanjo has a few weeks ago come out to decalare that what the country needs at the moment is a government that has a proper understanding of what governance is all about.

Obasanjo made this assertion while speaking at a colloquium organised to mark the 113th anniversary of Kings College, Lagos.

The former president, who chaired the occasion, said national identity is the foundation of social position, adding that weak social position causes distrust as people are reluctant to engage with one another.