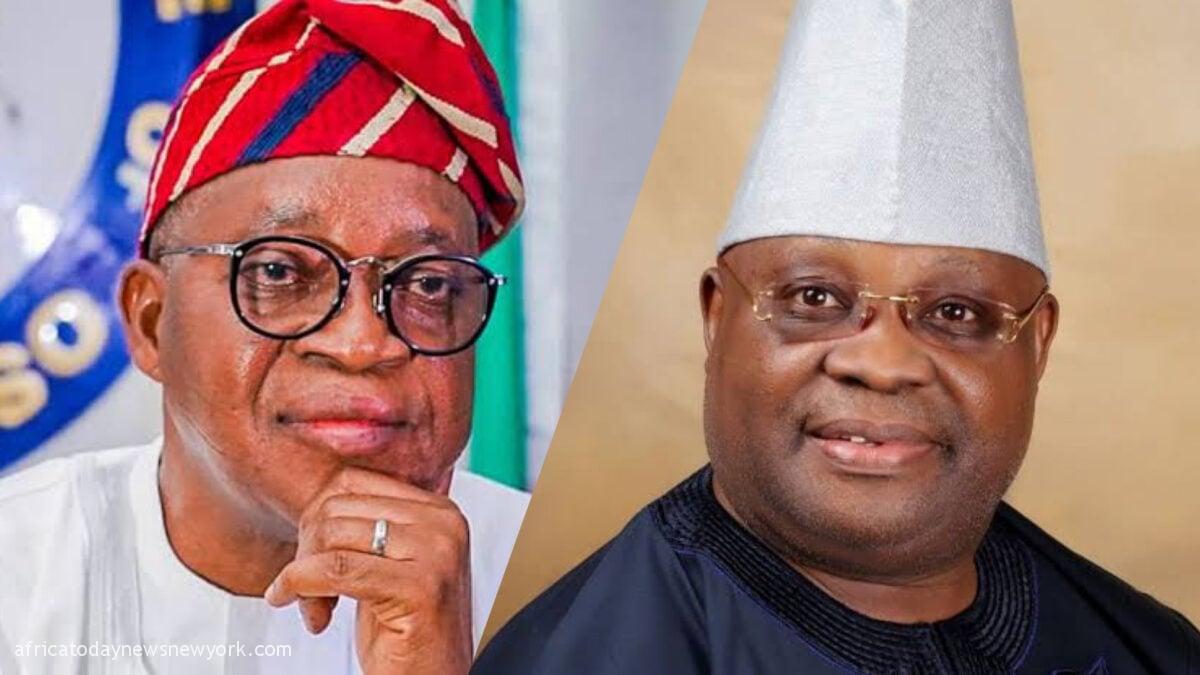 There is confusion in Osun State after outgoing Governor Adegboyega Oyetola announced the approval of the appointment of 30 permanent secretaries.

A statement that was signed and made available to Journalists on Thursday by the Head of Service, Dr Festus Oyebade, disclosed that the swearing ceremony of the officers holds today, Thursday, 24th November 2022 at the Local Government Service Commission hall at 4:00 pm.

Africa Today News, new York gathered that about two former staff of the Osun State Broadcasting Corporation (OSBC), Oyesiku Adelu and Bukola Aderibigbe, who are coordinating directors in the Ministry of Regional Integration and Information Ministry, have been appointed as Permanent Secretaries.

‘The Governor-elect affirmed that taking such appointments at this last minute indicated the readiness of those directors to exit the state service.

‘We want to put on records that those who accept the appointments should be ready to leave the service whether or not their service tenure has reached statutory age. The occupants will be treated as political appointees who will automatically follow the outgoing Governor out of public service from November 28.

‘At the same time, those who still want to remain in service of Osun state government should decline the Greek gift from the outgoing Governor. We affirm that no waiver will be entertained in sacking from office any kangaroo permanent secretary.’

The New Governor will be sworn in on Monday.