Gulak’s Killing Political, IPOB Not Behind It – Uzodinma 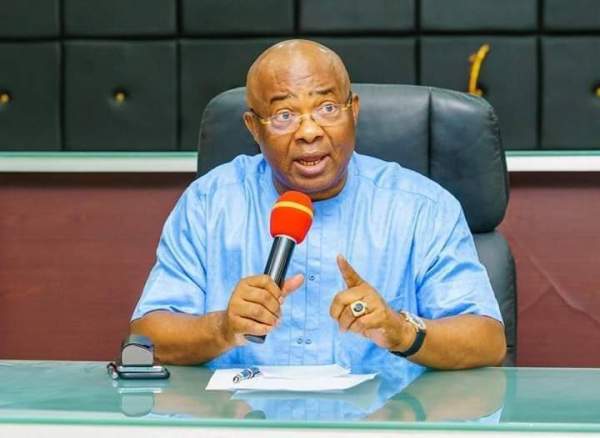 Imo State Governor, Hope Uzodinma has claimed that the killing of Ahmed Gulak, a former presidential aide, has a political undertone going by the information at his disposal.

Uzodinma who countered police claims that he was killed by members of the outlawed Indigenous Peoples of Biafra (IPOB) made the claim while addressing a press conference in Owerri, the state capital, yesterday.

He said he could not go to church when he heard about Gulak’s assassination.

‘Alhaji Ahmed Gulak was in Imo State for a national assignment. He came to Owerri with the Senate Committee on Constitutional Amendment. Being a humble man, he chose to travel incognito according to his friend who was with him. Someone must have trailed him from the hotel to the airport. That is exactly why his gruesome murder appears to be a clear case of political assassination,’ he said.

‘The brutal and callous assassination of Alhaji Ahmed Gulak yesterday, Sunday, May 30th, 2021 on his way to the Sam Mbakwe Cargo Airport, is painful because he did not deserve to die that way.’

‘The death of this compatriot is a personal loss to me because he was an invaluable friend and brother whose sense of justice, fairness, and uprightness endeared him to me. I was shocked to my marrows when the sad news of his callous murder was broken to me.

‘I was getting ready to go to church when the sad news came and I could not attend the service again. It was simply one of the most devastating news I have heard in my life and I am yet to recover from the shock. It remains a puzzle to me why anyone would want to murder him in this gruesome and vicious manner.’

Africa Today News, New York had reported that an Aide to ex-president Goodluck Jonathan was gruesomely murdered on Sunday morning on his way to the Sam Mbakwe airport to board a flight out of the State.