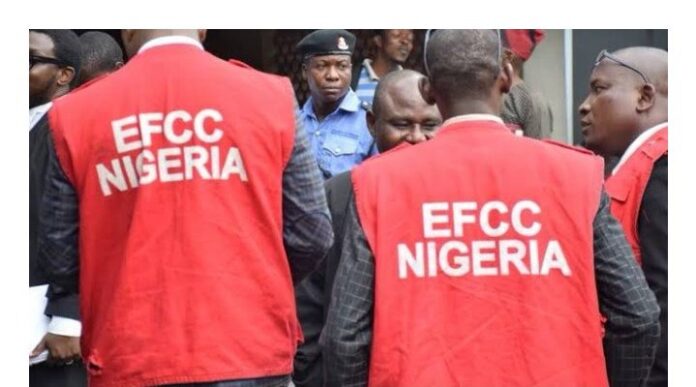 There is uncertainty as to the ultimatum by the Economic and Financial Crimes Commission (EFCC) to bankers and financial system operators to declare their assets by June 1 finally expired last night (Tuesday).

Africa TodayNews, New York recalls that in March, the Chairman, Abdulrasheed Bawa announced the deadline in a chat with State House reporters after a meeting with President Muhammadu Buhari.

The anti-corruption chief said the directive is backed by the Bank Employees (Declaration of Assets) Act 1986.

Bawa accused players in the sector of undermining the economy through money laundering and funds acquired illegally.

Section 1 of the Bank Employees (Declaration of Assets) Act 1986 makes it mandatory for every employee to make full disclosure of assets upon employment and annually.

‘It shall be an offence for an employee of a bank to own assets in excess of his legitimate known and provable income’, Section 7 (1) stipulates.

The penalty for violation of the Act, as spelt out in section 7(2) includes imprisonment for a term of ten years.

This is in addition to forfeiture of excess assets or its equivalent in money to the federal government.

One week after his directive, Bawa, while receiving a report on illicit financial flows from a coalition of Nigerian Civil Society Organizations, regretted how bankers provide cover for thieves.

He insisted it is within the EFCC mandate to demand the assets declaration forms of Nigerians in both the private and public sectors.

‘What the EFCC said is, come June 1, we will be demanding copies of declaration of asset form from the bankers.

‘We never said declare to us because we have studied the law, we will be demanding and we have the powers to demand information from individuals and organizations.’

Bawa added that those taking funds out of Nigeria criminally get assistance from engineers, professionals, accountants, and financial institutions.

The EFCC is yet to reveal its next move.