May 13, 2022 the Vice President of Nigeria, Yemi Osinbajo 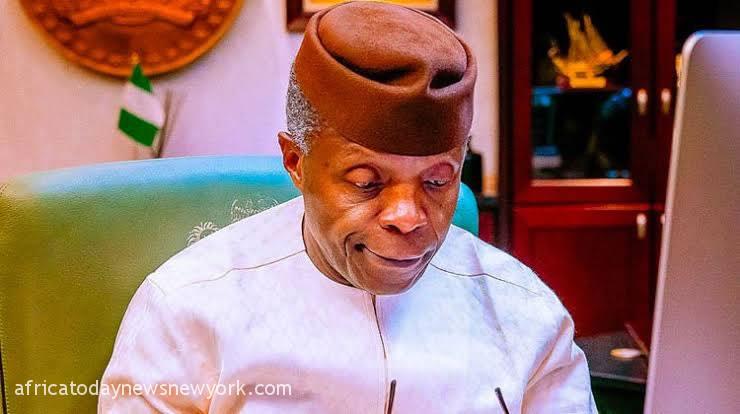 Yemi Osinbajo, the Vice President of Nigeria has reiterated that it has become quite important for the African continent to define her plan and come up with a vision that addresses the continent’s peculiarities on energy transition.

The summit featured a set of two fireside chats with the vice president and the President of Ghana Nana Addo Akufo-Addo, anchored by BBC’s Nancy Kacungira.

“We are in a peculiar position; this is why Africa needs to come in very forcefully to chart a different path.

“We are not just challenged in terms of global warming, but for us, it is also the existential challenge of just survival.

“There are several voices around the world and in Africa who are saying the same thing; I think that there is some change.

“The EU has categorised nuclear and gas as green investments, and they are saying they are going to need more investments in gas over the next 10 years so as to be able to meet their targets of 2050.

“They are leaving us room to say that we, in Africa, are going to be needing investments in gas in the next 30 years for us to be able to meet our targets.”

According to him, Africa first needs to come together to put out its vision for climate change or carbon neutrality by 2050, 2070 or whenever it is convenient. He said he believed there were ongoing efforts towards that.

“We think that at Egypt COP27 forthcoming climate change conference in Egypt, we will begin to articulate an African vision and initiative, because all of the decisions were initiated and taken by wealthier countries where they defined practically everything about how we respond to climate change.

“But our own peculiarities and challenges are different.

“We need to have access to energy, access to electricity just to be able to survive and create industry for millions of people.

“So, Africa has an existential challenge and survival around our economies.”