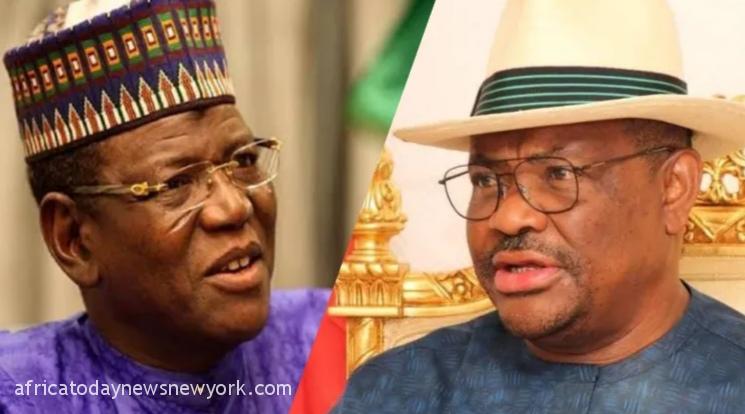 Ahead of next year’s general elections, former Jigawa State Governor, Sule Lamido has written off the idea of reconciliation between the governor of Rivers State, Nyesom Wike, and the presidential candidate of the Peoples Democratic Party (PDP), Atiku Abubakar.

According to Lamido, no one to the best of his knowledge had offended the embittered governor of the oil-rich state.

The former foreign affairs minister also sent a subtle message to Wike, who often took pride in his supposed control of Rivers State, saying being governor is not an indication that he also has a monopoly over the state.

Africa Today News, New York reports that while Atiku and Wike were set to meet in Paris, in furtherance of moves to resolve the post-presidential primary crisis rocking PDP, rumours are already making the rounds that Wike was already frolicking with the presidential candidate of the ruling All Progressives Congress (APC), Asiwaju Bola Tinubu.

The former Jigawa State governor, who spoke on Politics Today, a Channels Television programme on Tuesday, said PDP should leave Wike alone, because if anyone had offended him at all, it was the convention, and not any individual.

Describing Wike as an emperor in Rivers, Lamido said those who had so far visited the governor as part of a reconciliatory move between him and Atiku were well-wishers, who did so at their individual levels.

Lamido stated, ‘Listen, get this very well, those who met are simply well-wishers. They are not known from the party, but well-wishers of both Atiku and Wike.

‘Now, the convention produced a candidate, who won the primaries. If there is any offence, it is the convention, who offended Wike and not Atiku, not party Chairman, not anybody.

‘If he attacks the convention, which produced him as governor on two occasions, and produced his candidate for governorship and other positions in Rivers State, that means there is a problem. So, nobody has offended anybody.

‘Those who are meeting with Wike are well-wishers of Atiku, who want peace in the PDP. They are not for PDP but for Atiku, as a person and not as a candidate. Wike is a PDP man and he says he wants to reconcile, reconcile with who? Who offended who?”

When asked if he was sure Wike would not leave the party or work against Atiku in next year’s election, Lamido said, ‘Wike is an individual, I don’t think, because he is a governor there, he has a total monopoly of the whole Rivers State.