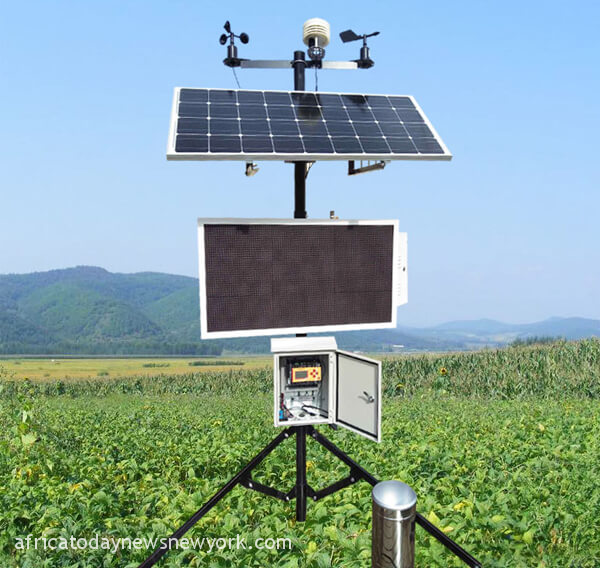 According to Bloomberg, “Africa’s climate reparations require data that doesn’t exist.” The lack of data was attributed to few weather stations on the continent. Of the 54 countries in Africa, only 10 have sufficient meteorological services and according to World Bank, less than 300 of these weather stations are up to par with the standard of World Meteorological Organizations. This explains why climate science in Africa is lagging and why Africa cannot lay claim to climate damage compensations due to us.

A report by the Future Climate for Africa reveals that Africa’s climate is one of the world’s least studied climates despite the high vulnerability and low adaptability of its countries to climate change. This dearth of weather data can be linked to the recent flood in Central and West African countries. Before the end of October, 5 million people had been displaced by the flood and 1 million arable lands were lost to it. Even though the exact extent of agricultural damage resulting from the flood cannot yet be quantified, for a region reported by the UN World Food Programme to be home to 43 million hungry people, this is a piece of news capable of provoking concern and worry.

The floods affected Senegal, Chad, Cameroun, Sierra Lone, Chad, Nigeria, among others. In Nigeria alone, over half a million people have lost their lives due to the rising waters and internally displaced people have hit 1 million. The influx of mosquitoes to Nigerian communities bordering flooded areas is nothing compared to the worsening cholera outbreak wrecking these regions. In fact, the situation seems to be worst in Chad as 18 out of 23 provinces have been flooded, disrupting normal daily life and hampering sources of livelihood with 19,000 livestock lost to the flood. One may wonder what turned the flood which seemed to be a mild annual occurrence into such a devastating situation this year.

The heavy rains and opening of dams played their role in this year’s flood which is said to be the worst of its kind in over 4 decades. However, environmentalists and climate change experts cite low weather data, silted-up rivers, and poor urban planning as some major causes. Ibidun Adelekan, a professor of Geography at the University of Ibadan opines that the flood is an environmental impact of the indiscriminate installation of housing structures to meet the accommodation needs of a growing urban population. According to the academic, building on flood plains destroys wetlands which could have acted as a natural barrier by improving infiltration of water during both light and heavy rainfall. But with houses built on flood plains, runoff of rainwater becomes greater than infiltration, thereby leading to floods.

With 19 African countries suffering from the effects of the flood, the continent needs to pause and consider investing in the improvement of the climate change adaptation index of its countries. For instance, Chad, one of the most hit countries, ranks very low in the Notre Dame global adaptation index of countries’ vulnerability to climate extremities. The question is, what can Chad and other African countries like it, do to avert such high susceptibility to future climate change problems? Monitoring meteorological data such as warming temperatures which according to UN climate experts culminated in higher intensity and frequency of rainfall on the continent is one way to go. However, can we achieve this with less than 300 functional, well-equipped weather stations in Africa?

In 2018, Sci.Dev.Net reported that Trans-African HydroMeteorological Observatory (TAHMO) planned to install a weather station in every 30KM across sub-Saharan Africa to increase the “continent’s weather-watching capacity” at a subsidized rate. Following TAHMO’s plan, about 20,000 weather stations will be built across the continent, consequently providing data that can position Africa to take a more proactive approach to managing future climate change problems.

Ehi-kowoicho Ogwiji is a storyteller and natural scientist who is given to advocacy for a science-literate Africa. Ehi-kowoicho aspires to be a renowned science communicator and STEM thought leader in Africa and beyond. She writes from Abuja, Nigeria. Connect with her on social media @ogwijiehi or email her at ehikowoicho.ogwiji@gmail.com