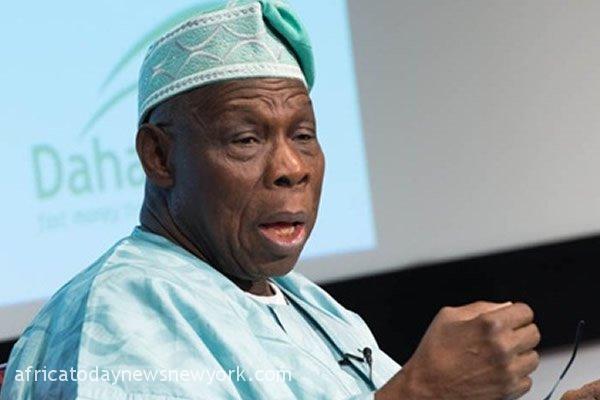 Former President Olusegun Obasanjo has asserted that the 2023 general elections should be a turning point for Nigeria, warning that voting for candidates based on emotions will be destructive.

‘If Nigeria is ready to get it right, the 2023 elections should be a turning point. We should not go for emotion that will destroy us,’ Obasanjo said, according to a statement on Sunday by his spokesman, Kehinde Akinyemi.

The former President spoke at the weekend during a visit by the leadership of the apex socio-cultural group in Tiv land of Benue State, Mzough U Tiv to his Olusegun Obasanjo Presidential Library (OOPL) Penthouse residence in Abeokuta, the Ogun State capital.

Obasanjo said he is in support for the change of the leadership of the country from the North to the South, while the Middle-Belt region should continue to advocate for a rotational presidency for the country.

He enjoined Nigerians to see the country as for all ‘to save it and restore to what God has created it to be’.

The octogenarian also declared that with the growing population of the country, the oil and gas sector can no longer feed the nation.

He called on the Tiv people to focus on farming and agriculture business, stressing that he had put the experience of having his farm burnt in Benue behind him, as he hinted of having an industry established in the state next year.

Obasanjo had last week stated that Nigeria, not God, is responsible for the present woes bedeviling the country saying the nation should blame itself for failing to use the resources given to it by God.

He, however, pointed out that Nigeria has got away with a lot of ‘stupid things’ because God seems to have so much love for the country.

Obasanjo made this known on Friday during the official launch of The Letterman, a book authored by the Editor-in-Chief of Premium Times, Musikilu Mojeed in Abuja.