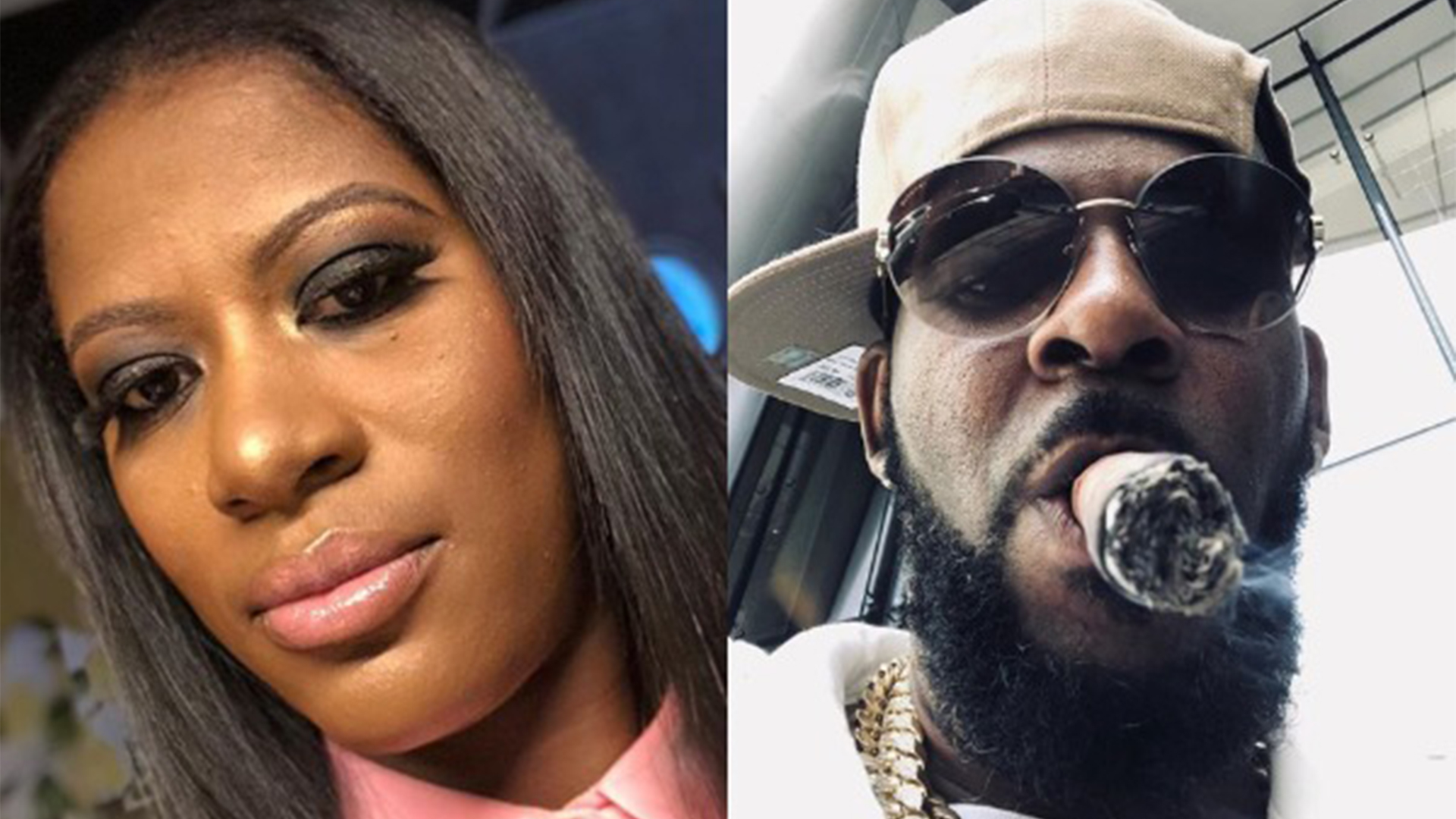 For two years, Asante McGee was a girlfriend of the now-disgraced R&B superstar, R. Kelly, but in the summer of 2016 she went to live in his house in Georgia. There were other women there, she discovered – and very strict rules.

Whenever I was in my room alone, that was when I would call home to speak to my children, as when I was with Robert, he didn’t want us to have our phones and have contact with the outside world.

When I met Robert, or rather R. Kelly, it wasn’t like meeting Prince Charming who swept me off my feet. He didn’t wine and dine me, he was just a warm and funny guy. We did normal stuff; he took me shopping and we enjoyed having dinners together.

But there was a moment during a text exchange in 2014 when I think I should have known things weren’t what they seemed. It was really early on in our relationship and I texted him, addressing him as Rob and he said: “No, can you just call me Daddy.” There was no discussion – he just told me his demand. When I look back at that moment, reading the text message in my car, I should have questioned it. I should have seen his behaviour in that moment as a red flag.

I was first introduced to R. Kelly in September 2013 by a member of his entourage, when he was performing in a club in Atlanta to promote his next tour. However, we had a proper introduction in January 2014.

A member of his entourage invited me to hang out with R. Kelly and some of his friends. We went to the mall and we laughed and talked. We just hung out like two old friends. Before I left, he gave me his number and we immediately started texting each other.

We texted for weeks and one day he invited me to his concert in Baton Rouge, Louisiana, which was being held on February 13. After watching him perform on stage, he invited me back to his hotel room and we had our first sexual encounter.

After Valentine’s Day, we kept in contact through text messages and he began inviting me to different concerts across America, and when he visited Atlanta, where I lived, I would stay with him from time to time.

While we were in a relationship together, he made it clear that I wasn’t the only woman he was seeing. The fact that he told me he was dating and sleeping with other women, it made me feel like he was doing his best to be honest with me, so I accepted that and decided to stay in the relationship.

For the first two years of our relationship, everything was great. I would fly out and see him perform, and we would spend time together – and it worked for both of us.

On the Easter weekend of March 2016, he flew me out to Chicago, but I didn’t hear from him for two days and then when I finally heard from him, he had someone come and pick me up to take me to the studio where he was recording.

However, I ended up being locked in a van from 11 o’clock in the morning to eight o’clock at night. When I was let out of the van, by members of his entourage and nephew, I found R. Kelly partying in the studio as if nothing had happened. He acted completely normal, but months later, I found out that locking me in a van was a test. He was testing my boundaries and playing mind games.

What caused even more tension between us was his trainer. Her role? Her role was to train me and the other girls how to sexually please and satisfy Robert. According to both Robert and her, they had been sexually involved together for 16 years, since she was 14 years old.

As she had been with him for so long, it was like she was the head girl in school and she used her position to verbally abuse me. I remember one day she and I got into an argument and Robert said I had “black woman syndrome”. He said that I didn’t like being told what to do by a younger black woman and that he wasn’t going to let me, a black woman, tell him what to do.

There is a misconception that R. Kelly just preys on younger girls. That isn’t true. Yes, he targets young girls more so, because they are more vulnerable, easier to manipulate and more likely to be star struck. I was 35 when I met R. Kelly and he knew I had experienced abuse in a previous relationship. He had me exactly where he wanted me, because he made me trust him. He made me believe he would never hurt me by getting me to open up about my history of abuse.

The hurt and pain didn’t stop with sexual intimidation and emotional abuse. He was controlling.

Once, he grabbed my arm for wearing the wrong shirt. He had rules that I and the other girls who lived with him or had a sexual relationship with him had to follow.

One day, we were supposed to be going out and I was wearing a top with spaghetti straps and shorts. As soon as he saw me, he grabbed me and told me to change. I went upstairs and changed and instead of going out with the other girls, he made me come to the studio with him. When we got to the studio, he told me that my outfit intimidated the other girls in the house. He said that I needed to dress like the other girls, who were wearing tracksuits – but it was over 100F (38C) outside. When I said this, he didn’t care.