Melvin Ejiogu Billed To Appear On ‘The Chat Room’ Show 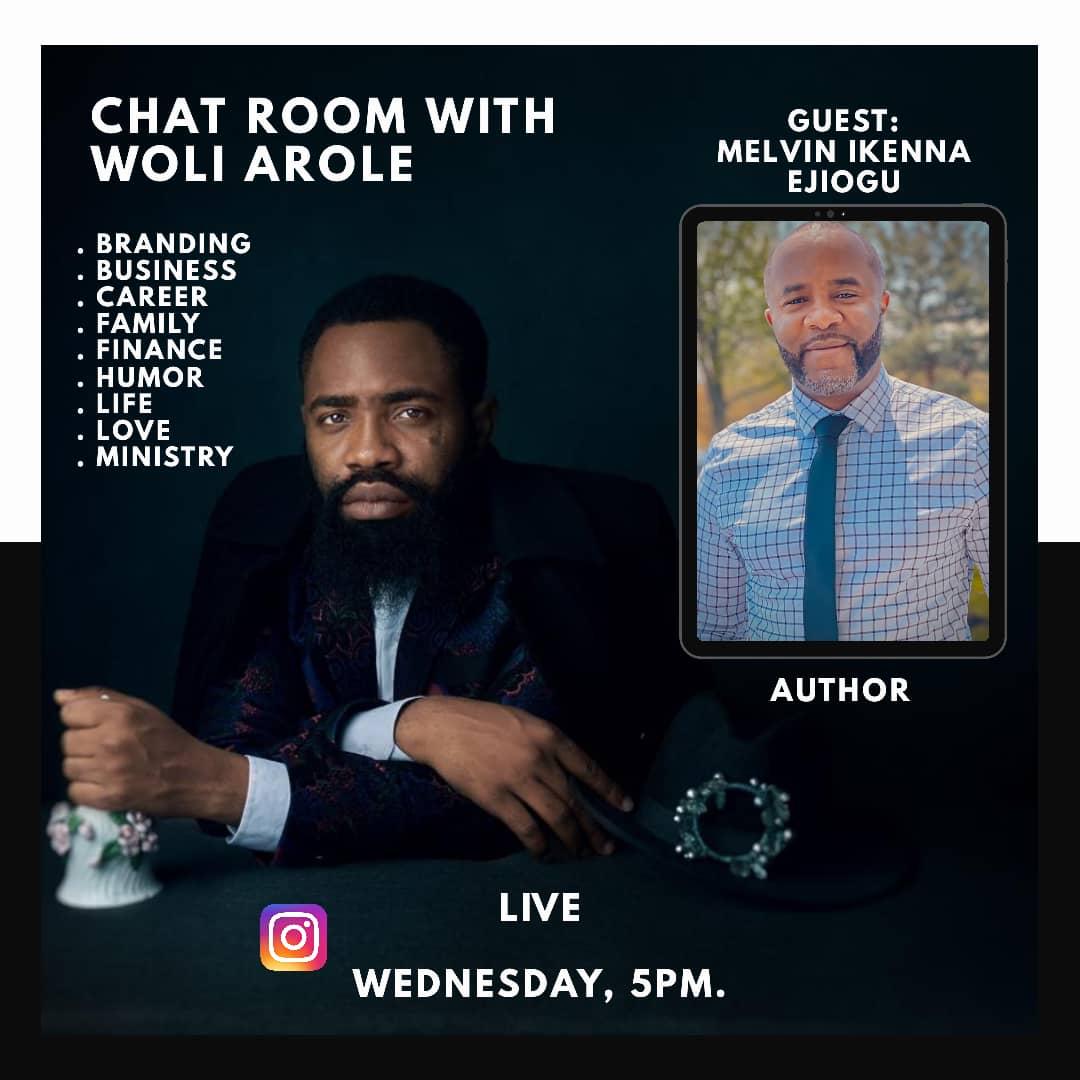 Woli Arole, who has continued to make waves in the online and comedy space in Nigeria, began the Instagram live show on April 8th.

The comedian said the live show has the sole purpose of discussing life-changing topics in the most enlightening and comical ways.

“The Chat Room with Woli Arole” has featured guests spanning from the entertainment, Sport, Art, Political, Religious, Business and Marketing sectors, among them is the wavemakers such as former Super Eagles and current Manchester United striker, Odion Ighalo, Adedimeji Lateef, the current Airtel brand ambassador, whose acting skills have made him brand favorite across the country, and Pamilerin who is operating on the highest level when it comes to online marketing in Nigeria. Moving on to Sheik Jamiu Ami-Olohun, the Islamic scholar with a wealth of knowledge, touching two of the most intellectually sound musical artists in Nigeria, Vector The Viper and Timi Dakolo.

His guest for Wednesday is none other than the Inspirational author, I.T Expert and Business Mogul, Melvin Ikenna Ejiogu.

Engineer Melvin Ejiogu as an African-American has ruled the I.T space for over a decade while making breakthrough exploits with his multiple business ventures.

He recently delved into writing and so far, his newest publication which he titled: The Greatest Reality Show has punched it big and made its own mark on the African literary arts sector. It has also been internationally recognised as a Christian bestseller.

The book talks about God’s point of view and helps its readers see the creation of the world from a unique, intimate perspective that proves our creation was not only intentional but designed with love and incredible detail.

As a guest of the esteemed show, he would be talking about his  Business and Branding, how it has affected his career so far, and the lengths he hopes to go.

He would be speaking about his family, his love life, his ministry, and his financial strength. There would also be a bit of humor here and there.