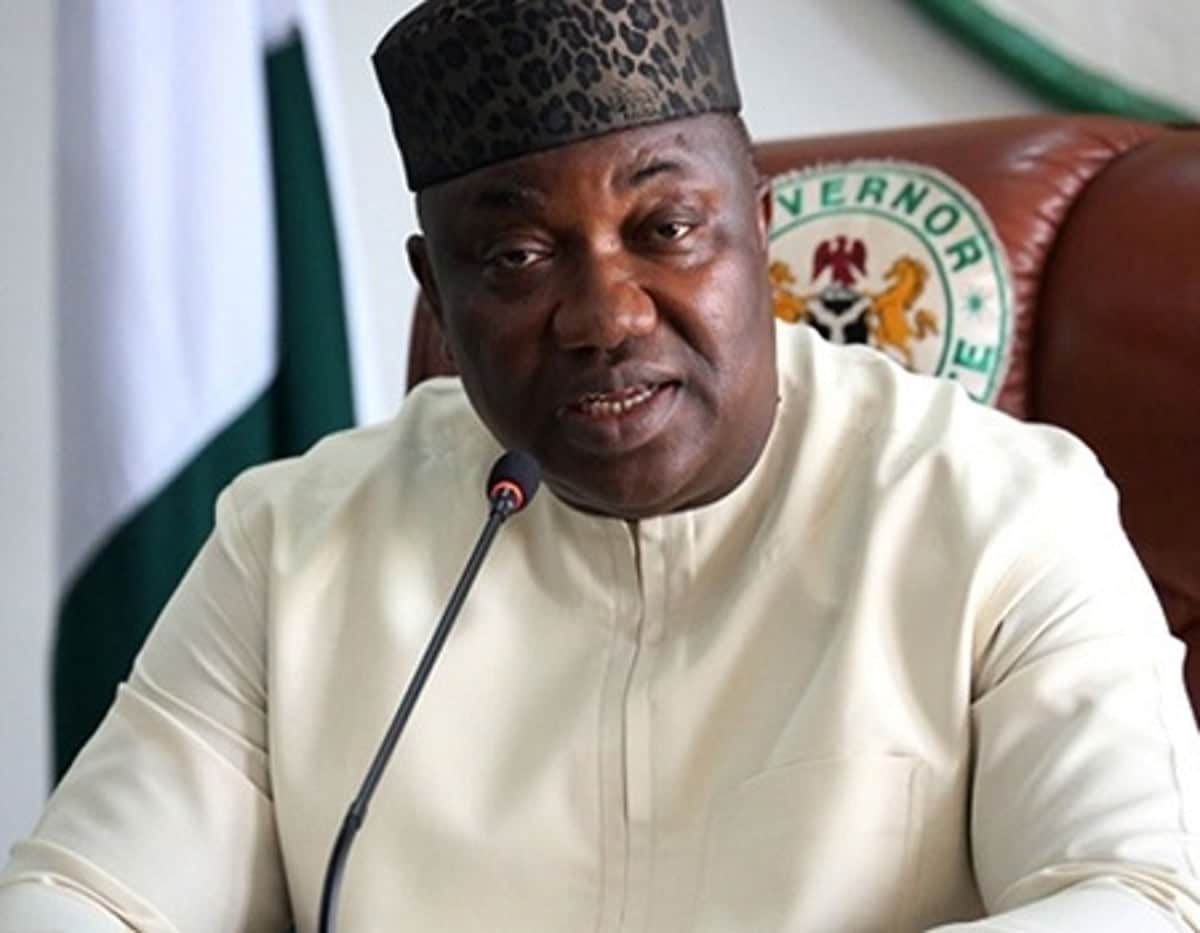 Owners of illegal structures on different relaxation centres in Enugu State, on Monday, got immediate quit notice from the Enugu State Government.

The order came from Governor Ifeanyi Ugwuanyi of the State who visited the centres within the Enugu metropolis.

The first point of call was Eze Park, in Uwani, Enugu South-Local Government Area, which has been overtaken by grasses, with some of the iron perimeter fences pulled down by vandals.

Residents living within the area hailed the governor over the visit, expressing joy that the Park would soon be put into use.

Governor Ugwuanyi gave an immediate directive for the clearing of the relaxation centre, expressing concern that “the grasses are also posing a serious threat as we are approaching the harmattan period.”

It was the same scenario at Onwudiwe Park in the same Uwani, where a non-serviceable vehicle was used to block the entrance gate to the Park.

However, it was a sad situation at Ude Ubaka Park, in Agbani Road, where the Governor and his team observed that a major portion of the Park has been partitioned, with properties, including over 10 churches littering the place.

Some of the churches include- Christ Embassy, Chapel of Divine Inspiration, Holy Ghost Manifestation Life Ministry, among others.

Apart from churches, a three-storey residential building has been erected in the Park, as well as several workshops housing all forms of artisans.

A Pastor in charge of one of the churches, Pastor Charles Ezekiel told the Governor that they got the property through the owner of the three-storey building, who he said resides abroad.

He said the manager in charge of the properties was not within the vicinity during the visit.

Governor Ugwuanyi, who was visibly angry with the bastardization of the relaxation centres, said the government would recover all of them and put them to use before June next year.

‘These are supposed to be centres where people can come, relax, take fresh air and enjoy the serenity of Enugu. It is not a beer or smoking spot, but most of them were converted into drinking spots.’

‘Just like the Unity Park at the Okpara Square, they are supposed to be relaxation parks, for the poor and the rich.’

‘Before June next year, we would have been through with the construction of the parks for the use of the good people of Enugu State.’

‘All encroachments should vacate, we must develop these places and put them for the use of our people.’

‘If we don’t take these measures now, a time will come when one cannot find a relaxation centre in Enugu; we will not allow that to happen, especially with the influx of people into the State.’

Turning to the artisans, the Governor told them that, “you know that this is a government property; so, if you gave anyone money, go and collect it; this is a relaxation park; the bulldozers are coming.”

He, however, told the head of the churches within the Parks to come to the government with the relevant documents, with which they got approval for the erection of the structures.