All Not Well With Nigeria – Sultan Of Sokoto Vents 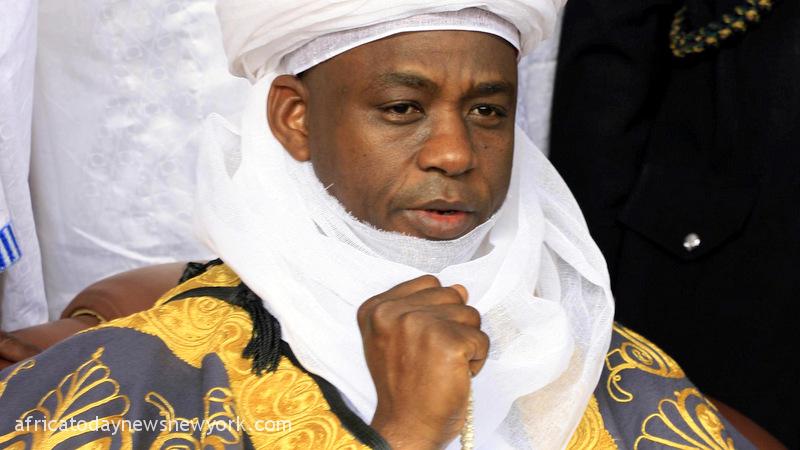 Sa’ad Abubakar III who is the Sultan of Sokoto has on Tuesday in Abuja, has made an open statement that all is not well with the current state of Nigeria.

The revered monarch had also made a disclosure that the fear has been severally mentioned to President Muhammadu Buhari.

Abubakar had also made this statement when he had spoken at the National Unity Conference of The Alumni Association of the National Institute for Policy and Strategic Studies (AANI).

The Sultan said the problem of Nigeria could only be addressed by citizens, adding that elections must not be seen as “do or die”.

The head of Muslims in the country noted that the people must retrace their steps towards building a better society.

“We have had so many times to say it in front of Mr. President.

“Things are not normal and I think to know that you have a problem, you have half of the solution.

Abubakar advised Nigerians to see their diversity as an act of God, adding that God was not wrong to have brought different ethnic groups together.

In another report, the Sultan of Sokoto, Alhaji Muhammad Abubakar on Thursday assured the recently admitted 2022 Batch ‘B’ Stream 11 corps members in Sokoto State that the Shari’a Law is not binding on non-Muslims in the state.

The Sultan gave the assurance while speaking on Thursday in his palace when the NYSC management team in the state led by the state coordinator and some selected corps members paid him a courtesy visit.

He also gave them the assurance that their safety is guaranteed despite some security challenges facing the country.

Abubakar further informed them that they will be allowed to practise the religion of their choice.

He pointed out that Sharia law is not binding on non-Muslims, stressing that nobody would be coerced to join Muslim against his or her wish.