Fr Mbaka: A case of flagrant abuse of the the pulpit 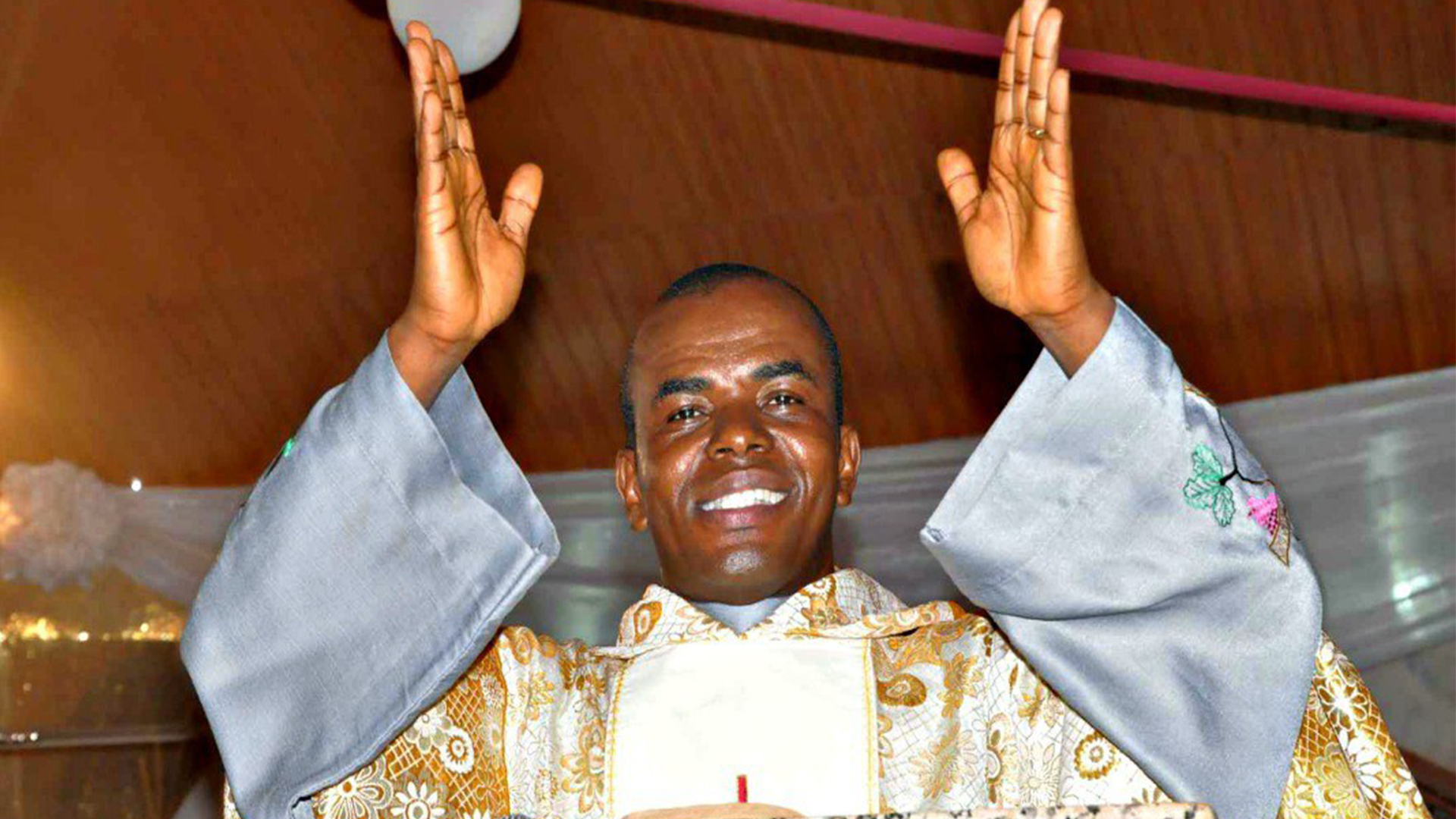 I have tried to refrain myself from going frontal on Mbaka as regards his insults, apologies and renewed insults on the person of Mr.Peter Obi, the PDP Vice Presidential Candidate in the just concluded elections but his recent mockery on Atiku/Obi for losing the elections has drawn me out.

I therefore stand on the popular Igbo maxim of “asokata eze anya, ekpue nkata n’iru gwa ya okwu” to state that it’s time to look at the king straight to the eye and tell him his ailment.

That Mbaka commands some followership from the pulpit, doesn’t make him God of men.
I’m not a fan of “touch not my anointed,” as I’m a critical thinker and always try to be balanced in my analogy.

In every election, there must be a loser and a winner, and many people who are not prophets have rightly predicted these events. But what matters the most and should be the concern of any right thinking adult is how the winner won and how the loser lost.

Obi’s crime that pitched him against Mbaka was simply because he refused Mbaka’s antics to publicly extort money from him. Does God take delight in forced gifts? No! He rather cherishes gifts from the heart.

Mbaka in his recent diatribe likened himself to Elijah, but the Elijah in the Bible never aligned with oppressor of the people of Israel. He aligned with the suffering people of God.

Mbaka clearly aligned with Buhari, and is happy for the hunger in the land, the killings, one sided appointments, disregard for the rule of law, abuse of human rights, and the daylight robbery and sham called presidential election. What kind of priest supports the Buhari’s administration, which is anti-people both in theory and practice?
Mbaka actually has every reason to support the hunger and killings in the land, as he goes to see Buhari boarding private jets, while his adorers are perpetually poor.

When Mbaka talked about disrespect to his altar, it reminded me of Mbaka’s disrespect to Bishop of his diocese, and Catholic Bishops Conference of Nigeria; when they directed him to concentrate on Adoration, and stop making political prophecies.

Anyone who knows or have read the history of the Catholic Church, knows that they don’t joke with hierarchy of administration of the church, but Mbaka who should know better, now sees himself as a god of men that is higher than every authority of the church.

From Mbaka’s apology, and renewed attack immediately after, shows his flagrant disregard, disrespect and gross abuse of the power of the pulpit.
What’s the essence of the apologies, if he couldn’t practice what he preach?

Mbaka’s fellow priests of the Catholic Church are actually ashamed of him, but it’s the spiritually enslaved people that are defending his actions.

Mbaka is not God and can never be God no matter how he plays it.

It’s high time our people emancipated themselves from mental slavery.