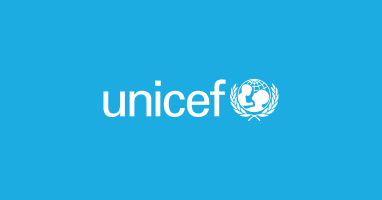 The risk of children dying from malaria, pneumonia or diarrhoea in developing countries is spiralling due to the pandemic and “far outweighs any threat presented by the coronavirus”, Unicef has warned.

In an exclusive interview Dr Stefan Peterson, chief of health at Unicef, cautioned that the blanket lockdowns imposed in many low and middle income are not an effective way to control Covid-19 and could have deadly repercussions.

“Indiscriminate lockdown measures do not have an optimal effect on the virus,” he told The Telegraph. “If you’re asking families to stay at home in one room in a slum, without food or water, that won’t limit virus transmission.

“I’m concerned that lockdown measures have been copied between countries for lack of knowing what to do, rarely with any contextualisation for the local situation,” he said.

“One size fits no one. The objective is to slow the virus, not to lockdown people. “We need to lift our eyes and look at the total picture of public health.”

According to a stark report published in Lancet Global Health journal on Wednesday, almost 1.2 million children could die in the next six months due to the disruption to health services and food supplies caused by the coronavirus pandemic.

The modelling, by researchers at the Johns Hopkins Bloomberg School of Public Health and Unicef, found that child mortality rates could rise by as much as 45 per cent due to coronavirus-related disruptions, while maternal deaths could increase by almost 39 per cent.

Dr Peterson said these figures were in part a reflection of stringent restrictions in much of the world that prevent people leaving their homes without documentation, preventing them from accessing essential health care services.

In some countries the public are also avoiding hospitals and health centres for fear of picking up Covid-19, while services have also been diverted to focus on the pandemic. Vaccination campaigns against diseases including measles have also been disrupted – at least 117 million children worldwide are likely to miss out on routine immunisations this year.

Dr Peterson warned that these trends have resulted in a reduction in the “effective utilisation of services” – a shift which, in some places, could be more dangerous than the virus itself. And lockdowns have a heavy economic toll, which could trigger a rise in poverty and malnutrition.

The research looks at the consequences of disruption in 118 low and middle income countries, based on three scenarios. Even in the most optimistic case, where access to health services dropped by 15 per cent and child wasting rose by 10 per cent, an additional 253,500 children and 12,200 mothers died.

But a worst-case scenario, where services are reduced by 45 per cent and the proportion of children who are wasting grows by 50 per cent, could result in 1.16 million additional child fatalities and 57,000 maternal deaths in just six months.

The modelling projected that India would see both the largest number of additional deaths in children under five and maternal mortality, followed by Nigeria. Pakistan, the Democratic Republic of Congo, Tanzania and Indonesia are also likely to be hit hard.

Such a situation has some precedent – research has shown that in 2014, during the Ebola outbreak in west Africa, more people died from indirect effects than the disease itself. But the scale of the pandemic means the consequences will be far greater.

“Ever since we started counting child deaths and maternal mortality, those numbers have been going down and down and down,” said Dr Peterson. “And actually these times are unprecedented becausewe’re very likely to be looking at a scenario where figures are going up.

“That’s not from Covid – Covid is not a children’s disease. Yes there are rare instances and we see them publicised across the media. But pneumonia, diarrhoea, measles, death in childbirth, these are the reasons we will see deaths rise,” he said. “These threats far outweighs any threat presented by the coronavirus in low and middle income countries.”

Dr Peterson urged countries not to impose draconian lockdowns, but to focus on identifying hotspots so that regional restrictions less damaging for public health can be introduced.

He said he was concerned that the current battle against Covid-19 was turning into a “child’s rights crisis” and robbing a generation of their health, education and economic prospects.

Launching the ‘Save Generation Covid’ campaign, Unicef’s largest appeal in its 73 year history, Sacha Deshmukh, executive director of Unicef UK, added: “This pandemic is having far-reaching consequences for all of us, but it is undoubtedly the biggest and most urgent global crisis children have faced since World War Two.

“We cannot allow almost a decade of progress on ending preventable child deaths to become undone on our watch.”