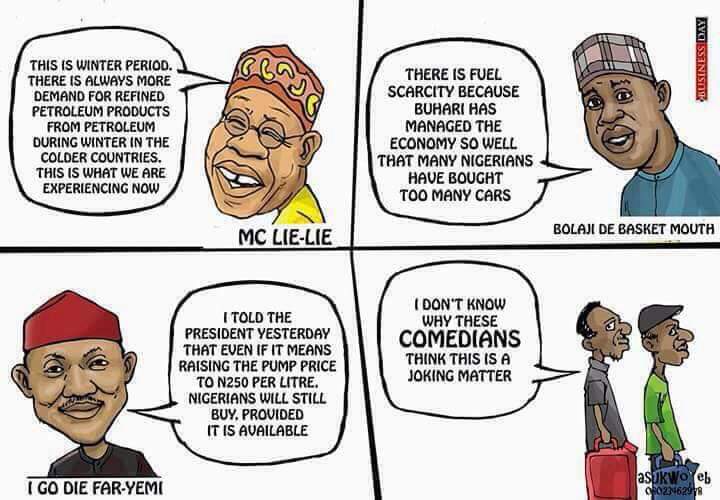 They have constantly lied and downplayed the number of people killed by Fulani-Herdsmen.

Buhari in his bid to exonerate his murderous Fulani brothers, lied through his teeth that they are not Nigerians, rather they came from Libya.

He didn’t actually know he belittled himself as he can’t maintain the territorial integrity of Nigeria.

They staged a Martin Luther King Jr. Award for Buhari, but it turned out to be a very big scam.
They released the looter list, while leaving out the real looters in their government.

Buhari said Abacha never stole, but he just got over $400 million Saint Abacha stashed in Switzerland.

He appointed dead people into the boards of federal parastatals, but in his bid to cover their gross incompetence lied that they have already been appointed before they died.

We are not talking about making the dollar equal to a naira; the 24/7 electricity he promised; petrol that would be sold at 40 naira; the new refineries.

They are all old scam.

They are not yet done, they have invented a lot of new lies, deceit and propaganda that will be unleashed in the coming days.

If they eventually come back to power, they will create a Ministry of Lies, Deceit and Propaganda, and Liar-in-Chief of The Federal Republic of Nigeria, Mohammed will head it.

Whoever that is campaigning for them should know that if they used these tools to govern when they had enough to lose, they will enthrone them if they win second term because they will have nothing to lose then.