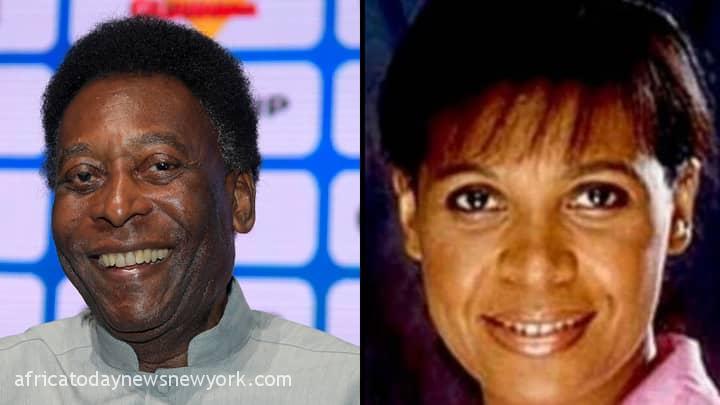 Brazilian superstar Edson Arantes do Nascimento ‘Pele’, popularly regarded as one of the best soccer player to have ever lived, recently passed away, and now new details about his life continue to emerge, this time thanks to his will.

Even after a DNA test decision from the court established that Sandra Regina was, in fact, his daughter, Pele continued to deny that he was her father.

He left his estate to all seven of his children, including her, according to his will, which has since been made public following his passing.

Sandra Regina was born in 1964 after her mother, Anisio Machado, had an affair with Pele while she was his cleaner.

She died 17 years ago, without knowing that his father would one day consider her as one of his children.

One of Pele’s last wishes was to meet Sandra Regina’s two sons, his grandsons, Gabriel Arantes do Nascimento and Octavio Felinto Neto.

Africa Today News, New York reports that Pele got to meet them on December 28, a day before his death, but Gabriel nevertheless was grateful for that moment, which was one of his mother’s biggest dreams, and explained how he felt when his aunts told them their grandfather wanted to see them.

‘We were very excited, it was an opportunity we had been waiting for. Every family has fights and rows, ours is no different, but there are moments when union and love are more important than anything else. We are extremely happy.’

Pele who rose from barefoot poverty to become one of the greatest and best-known athletes in modern history had in December passed on at the age of 82.

Medical reports indicated that Pele passed away due to multiple organ failure, as a result of his battle with colon cancer. He had been hospitalised with multiple ailments, including a respiratory infection, and was also suffering from heart and kidney problems.